Creativity is something we are all born with to greater or lesser degrees. It is a vital part of our physiological make up and development. We learn to play and fantasize as children, skills we carry forward into our adulthood. However, if creativity takes hold of your entire existence then it becomes a disease that is parasitic, eating away at your whole world. It might sound melodramatic but creativity can become a cancer of the body or the trigger for psychotic episodes.

Listen to Alisha, a doctor, a GP who is also a poet. I try to find out if creativity is a madness, a disease, an anesthetic or a poison but find out that maybe it could be a ‘Zebra’. Does she use creativity in diagnosis and consultation.


Can a creative person ever be truly happy as they constantly strive for perfection in their chosen art? Listen to an interview with Garry Smout, who talks about the problems of using early portable black and white video cameras in the 1970’s, pioneering literary review website the Barcelona Review, early synths and how to kill your babies. The problem with being creative is that everything has to be pushed to the limits.

I did an interview with Jake Bright about the difference between playing bass for ‘The Dastards’ and double bass with The North Devon Sinfonia. This interview took place in-between rehearsals for the Sinfonia’s performance at the Landmark Theatre (Ilfracombe) which was on April 18th 2009. The programme included: Brahms’ Academic Festival Overture, Strauss’ Four Last Songs with the soprano Naomi Harvey from the Welsh National Opera and finally Tchaikovsky’s Symphony No. 5, op.64. The disciplines required for both instruments influences Jake’s own compositions. 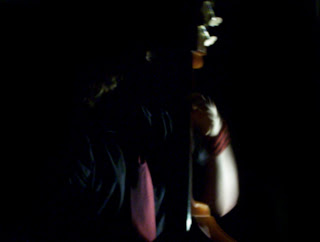 There is also an interview with Dave and Sadie Green. Dave is a photographer and Sadie has spent the last few years in the funding side of the Arts. This interview discusses the demise of ‘ArtsCulture’ in Devon and the vacuum left behind by this organisations disappearance.

What’s it really like living with creativity? Look back over the years at the tortured artists, drunken writers and drug-crazed musicians who litter our heritage and you might start to ask the question: is creativity a blessing or a curse?…the temptation to contain creativity and make it conform to ‘the norm’ is what normally happens in businesses. You can’t have a random, inspired, maverick shooting off left right and center – this is chaos….or is it?

Juggling with creativity, trying to make it fit into your daily life is a logistical nightmare. In an interview I did with Claire Barker, an artist, illustrator, author, mother, wife, farmer, she explained to me how she talked to the solicitor of the estate of Ted Hughes (UK poet) to get their permission to use one of his poems and still managed to deliver lambs.

Edward James (Ted) Hughes, OM (17 August 1930 – 28 October 1998) was an English poet and children’s writer. Critics routinely rank him as one of the best poets of his generation. Hughes was British Poet Laureate from 1984 until his death.

Hughes was married to American poet Sylvia Plath, from 1956 until her suicide in 1963 at the age of 30. His part in the relationship became controversial to some feminists and (particularly) American admirers of Plath. His last poetic work, Birthday Letters (1998), explored their complex relationship. These poems make reference to Plath’s suicide, but none of them addresses directly the circumstances of her death. A poem discovered in October 2010, Last letter, describes what happened during the three days leading up to Plath’s suicide.