Is it acceptable to splatter words on a page and call it optimisation? 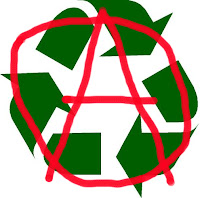 I would find it very easy not to produce any visual work. The aesthetics of painting, the total confusion that it is still in, has devalued this important medium. It is no longer acceptable to follow Duchampian traditions and say that context is a primary factor. To claim something is art is simply not good enough.

Duchamp said that a painting/sculpture died after about 40 or 50 years. After that they become Art History. What will historians be saying in 40 or 50 years time?
Unfortunately the problems of fragmentation and confusion that exist within more traditional art practices, such as painting and sculpture (in the broadest possible milieu) are mirrored in new art practices. Within these technological and new media categories, diverse concepts and imagery has been lumped together to form a hodgepodge of non-related methodologies and artworks. What is this direction?

The Changing Language of Prediction and Explanation

There are artworks, which as art could be mistaken as science/technology. Such works rely on networking, robotics and systems. (You could include Internet works in this category.)  When viewing/understanding Artworks that are based on networking, systems, and communities how do you subconsciously and verbally criticize the aesthetic or concept? The true aesthetics of a system is not the peripheral. The aesthetics of the system is in the understanding of its detail. The true aesthetics of the system incorporates the aesthetics of failure, a system that is reliant on external forces or structure will always have an element of built in probable failure. (This is a prediction.) The only way to achieve total reliability is to have a closed system, this however discourages growth and system expansion and thus becomes a self-fulfilling prophecy.
The element of failure is important to the success of a system. (A non-homogeneous system, whose terms and relationships are not constant, allows language to break up, to stumble over the rules of its grammar, by necessity it has to respond radically to other linguistic components, creating a new linguistic order and syntax.)

Horoscopes in newspapers are based on star signs and birth dates; these predict the day’s events. These predictions are based on the laws of probability and chance. You could read your daily horoscope and make the prediction into a self-fulfilling prophecy, you could go out and find that ‘Tall dark handsome man’ or go on ‘A long journey’. Alternatively you could read your horoscope late in the evening and interpret the day’s events and adapt them to the mystical words. “Yes I did meet someone important today”. The interesting thing about prediction is that you could meet a tall dark handsome man, go on a long journey and meet someone important and never read your horoscope. Does this mean the day’s events were not predicted? Similarly these rules can apply to system-based art and painting.
Notes: The image of Christ is in fact a metaphor, the finished image should be viewed as a self-portrait. This head of Christ is a design that I adapted for commercial use within the monumental memorial trade (it is based on an American design) and has been copied by system suppliers (for the stone industry) and used as a ‘stock design’ within their software packages. As an artist, who believes in open networks, I am proud of this little iconic image even though I cannot claim its originality. Likewise the use of handwriting is not a new idea for me; during the 1970′s I was fascinated by shorthand and the power secretaries had…understanding a simplified language. During the 1980′s I won a design award (The Crown Memorial Design Award) for the most original memorial design. The design was a simple block of black granite with the signature of the deceased on it.


An explanation is a set of statements constructed to describe a set of facts which clarifies the causes, context, and consequences of those facts. This description may establish rules or laws, and may clarify the existing ones in relation to any objects, or phenomena examined. The components of an explanation can be implicit, and be interwoven with one another. An explanation is often underpinned by an understanding that is represented by different media such as music, text, and graphics. Thus, an explanation is subjected to interpretation, and discussion.
In scientific research, explanation is one of the purposes of research, e.g., exploration and description. Explanation is a way to uncover new knowledge, and to report relationships among different aspects of studied phenomena.
Email Post
Labels: art keywords optimisation seo text