Search Engine Optimization - Get a life! 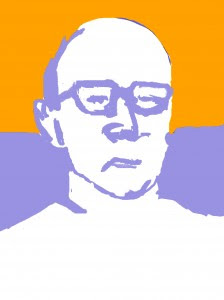 Computers drive me nuts, they are so predictable - they conk out or create the same prescriptive rubbish over and over again....

This is what I do, which probably proves my words of warning to my kids, "You spend to much time in front of that computer, it will drive you insane' - I think I have!


I have begun a series of prints called “Saint Austell” - a saint from the 6th century who was a confessor and disciple of St. Newman of Cornwall, England. Modern scholars believe that Austell was a woman named Hoystill, a daughter of Brychan of Wales. Her (?) feastday  is June 28.

Q U O T E
Christianity with its unchangeable principles, and without misjudging the justifiable demands of the age, undertakes to guide the woman movement also into the right path. The life-task of woman is a double one.

A D V E R T
Broomhill Art Hotel near Barnstaple, Devon  still have a few of Peter Bright's paintings available for sale. Examples of his work are in collections in the USA, Switzerland, France and many other European countries. 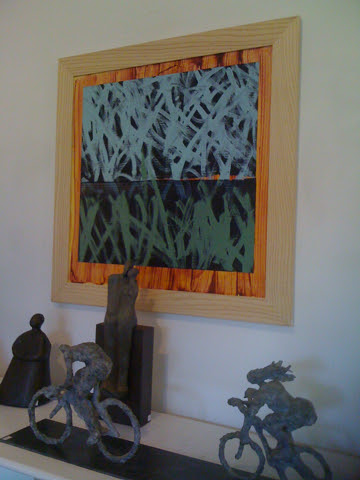 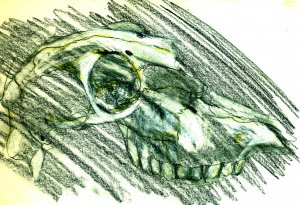 In preparation for an exhibition in June I have begun to draw again. My previous methodology relied on me subcontracting my creativity to either ‘chance’, allowing the medium to take partial control over the finished image or by letting the computer system deal with my creativity in its prescriptive manner – the program has ways of dealing with commands in a very limit way, hacking the software is the only way of producing images that are different from our everyday visual blitzkrieg of imagery…we are subjected to via the Internet, the printed page and video.
Going back to the basic skills of drawing is an interesting excursion – a journey I’m not sure I will complete. Drawing a life model for the first times in decades was a bit daunting but old tricks and shortcuts were soon remembered and in many respects drawing is a bit like riding a bicycle.
Posted by Unknown at 10:29