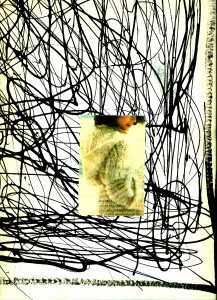 Do you remember the story of the emperors new clothes, you know the one about the king type guy who walked around naked because he was told he looked good and only the smart dudes could see and appreciate his finery. Me thinks that is what Facebook has become, when I look closely at it I see very little substance - or maybe I am not 'cool' and out of step - underneath the finery all I see is a mishmash of clutter and idle chitchat. It's a load of bollocks!

Creating networks that increase sales are a vital part of business survival. Everybody is using networks like Twitter and Facebook however, the majority of advertising opportunities within these sites are shrinking. These sites are becoming as ineffective as having an advert on a local radio station that has no listeners.

The reason for me saying this is that we have all fought against spam emails; our cluttered inboxes were an annoying part of our daily routine and cleanliness became a ritual habit; like cleaning our teeth, the more we did it the better things became. Now we are bombarded with 'twitter spam' and 'facebook statuses' - I can't see the advertising opportunities for small businesses in them anymore.

There are writers and marketing gurus who still swear by using social Network sites. Here is my top tip:

Don't Bother -  There are millions of people out there trying to make a fortune from networking sites - social networking is becoming a dead end, it has begun to eat itself. Think smart, direct you business to the right target, stop pissing in the ocean.