Bring back the Cold War

The Cold War was the period of history from roughly between 1946 and 1991 of political conflict, military tension, proxy wars, and economic competition between the Communist World—primarily the Soviet Union and its satellite states and allies—and the powers of the Western world, primarily the United States and its allies. Although the chief military forces never engaged in a major battle with each other, they expressed the conflict through military coalitions, strategic conventional force deployments, extensive aid to states deemed vulnerable, proxy wars, espionage, propaganda, conventional and nuclear arms races, appeals to neutral nations, rivalry at sports events, and technological competitions such as the Space Race. 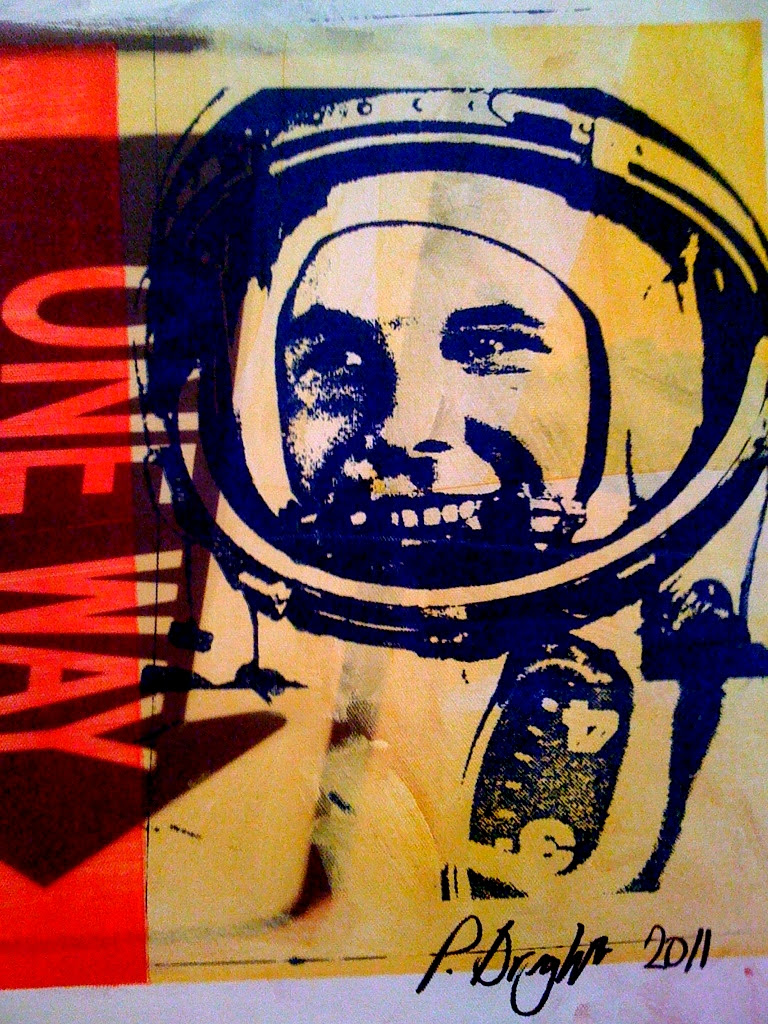 From the blog of Peter Bright  ARTIST + S T A T E M E N T ...
The political and ideological polarity of Russia and the USA during the cold war (retrospectively) makes an interesting starting point for a new project. Apparently there are rumors that the early days of the Russian space program were not only motivated by military and scientific advancement but a search for a new world to populate - to put citizens of the Russian Republic on once they had realized their ambitions of ensuring immortality.

Young men from opposing political viewpoints expand scientific and exploration boundaries for political kudos - but they were exciting times. Bring back the cold war - the world was a safer place and more interesting.

There was no God in Russia (officially) and the USA put their trust in God, both were chasing the same dreams, immortality and history. Gagarin achieved both by becoming a God (hero) in his own country and the rest of the world - all gods die young.