Below is an extract from a WordPress blog created by an artist based in North Devon UK.

The image below is the third image that is for sale at the ‘Offset’ Exhibition at West Buckland School (The Long Gallery in the 150 building) in North Devon, this is also for sale at £175.00. 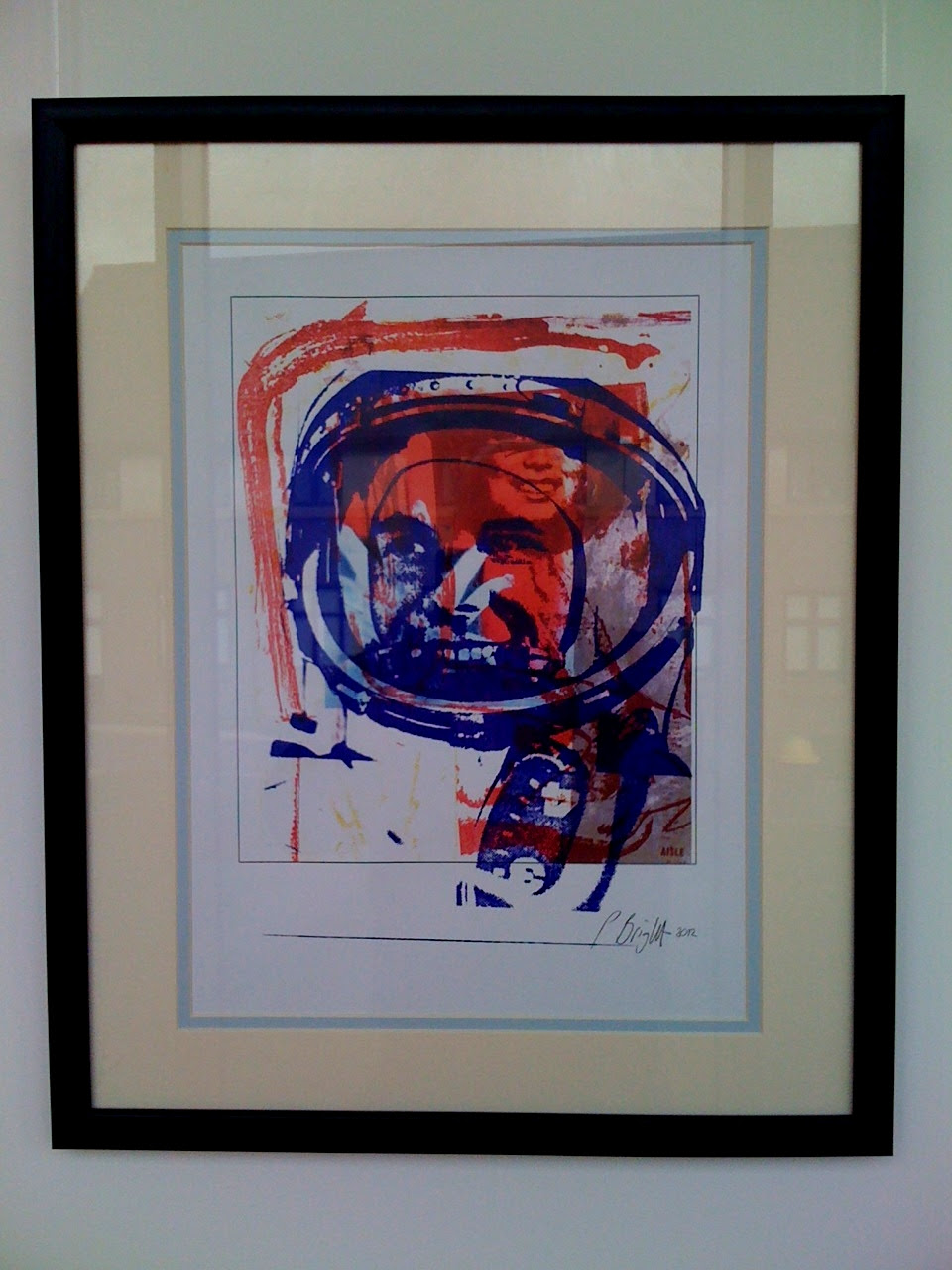 The political and ideological polarity of Russia and the USA during the cold war (retrospectively) makes an interesting starting point for a new project. Apparently there are rumors that the early days of the Russian space program were not only motivated by military and scientific advancement but a search for a new world to populate – to put citizens of the Russian Republic on once they had realized their ambitions of ensuring immortality. There was no God in Russia (officially) and the USA put their trust in God, both were chasing the same dreams, immortality and history. Gagarin achieved both by becoming a God (hero) in his own country and the rest of the world – all gods die young.

As an 11 year old I watched the first moon landing in 1969. I was mad about everything to do with space travel, I would read anything that was about rockets, cosmonauts and astronauts. Later in my life I shook the hand of a man who shook the hand of my all time hero Yuri Alekseyevich Gagarin, that was for me like touching history, if only secondhand (excuse the pun).

We can manage or host your Art blog or store. Contact us for a FREE quote for special deals for WordPress hosting during 2012